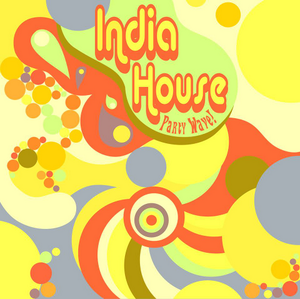 India House is like a kick in the pants and a high-five all at once. Adopting the mantra of “good vibe rock n’ roll,” these twenty-somethings make everything sound like party time. Their music is a humorous but accurate reflection of what being twenty is like: struggling with women, starting a band with your friends, and trying to find somewhere where you can drink beer without any trouble from the cops. Combining punk, surf, rock, and all kinds of craziness, the band recorded and self-produced a four-track EP back in August 2013 in their drummer’s basement right in Long Beach. But don’t let the aesthetic of their righteous vibes fool you; these kids rock hard. They consist of Rain Gregorio on guitar and vocals, Trevor Torres and Pronit Dutta also shredding guitar, Sam Fiore on bass and vocals, and Mike Welly holdin’ it down on the drums. After dropping their EP at a release show at the GreenHouse coffeehouse and a set at Alex’s Bar, these kids seemed poised to cruise their way through Southern California and beyond. "All we want to do is make people dance," says Gregorio, "We’ve all held different positions in orchestras, jazz ensembles, ‘indie bands,’ what-have-you, but we just wanna have a good time making rad music for people who want to hear it." Currently, the band is preparing a strenuous tour schedule for the month of April, as well as self-releasing a new EP on 7" vinyl in preparation. Put on your headphones, crack open a beer, call up your friends, and get ready for a good time — India House is here to make you move.